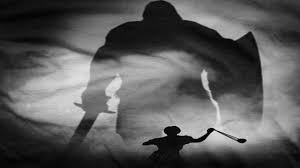 Growing up did you think, “I’m not good at anything?” Some kids were smart. Others played sports. Certain ones were musical or artistic. I, on the other hand, could never figure out my great “God given” ability until I discovered not all talents are obvious.

Some talents are visible. Michael Jordan, Edgar Allan Poe, and Elvis Presley all had visible gifts. Anyone watching can see the gift displayed.

Other abilities are not so evident – communication skills, leadership, hosting, negotiating, listening. These gifts are not as easily noticed, but they are unique abilities.

To live the life God planned for you, discover your abilities. Ask yourself.

What can you do that is difficult for other people?

What do you do that causes you to stand out in a crowd?

What do you do that energizes and motivates you?

What do you do that causes you to loose track of what’s going on around your or          time?

Ask trustworthy people who know you well about a time when you were at your best.

As you assess, think about David’s ability to battle. Hundreds of men stood ready for war daily but none had the faith or ability to confront Goliath. David confidently offered to battle the Philistine.

And Saul said to David, “You are not able to go against this Philistine to fight with him, for you are but a youth, and he has been a man of war from his youth.” 34 But David said to Saul, “Your servant used to keep sheep for his father. And when there came a lion, or a bear, and took a lamb from the flock, 35 I went after him and struck him and delivered it out of his mouth. And if he arose against me, I caught him by his beard and struck him and killed him. 36 Your servant has struck down both lions and bears, and this uncircumcised Philistine shall be like one of them, for he has defied the armies of the living God.” 37 And David said, “The Lord who delivered me from the paw of the lion and from the paw of the bear will deliver me from the hand of this Philistine.” And Saul said to David, “Go, and the Lord be with you!” 1 Samuel 17: 33-37

David spent years in the fields with his sheep. He fought bears and lions. The young man saw God’s protection regularly. To fight the giant not only took trust in God, but the ability to sling the stone accurately in the skull of a 9 foot giant. Would you do it?

38 Then Saul clothed David with his armor. He put a helmet of bronze on his head and clothed him with a coat of mail, 39 and David strapped his sword over his armor. And he tried in vain to go, for he had not tested them. Then David said to Saul, “I cannot go with these, for I have not tested them.” So David put them off. 40 Then he took his staff in his hand and chose five smooth stones from the brook and put them in his shepherd’s pouch. His sling was in his hand, and he approached the Philistine. 1 Samuel 17:38-40

48 When the Philistine arose and came and drew near to meet David, David ran quickly toward the battle line to meet the Philistine. 49 And David put his hand in his bag and took out a stone and slung it and struck the Philistine on his forehead. The stone sank into his forehead, and he fell on his face to the ground. 1 Samuel 17:48-49

God used a young boy’s slingshot ability to demonstrate His faithfulness and power. Take time to discover your ability, visible or not so evident, and allow God to use your talent for His glory. You will be amazed at how God uses that one small talent to make a mark in the world or on a giant’s skull.

View all posts by Stephanie Chase